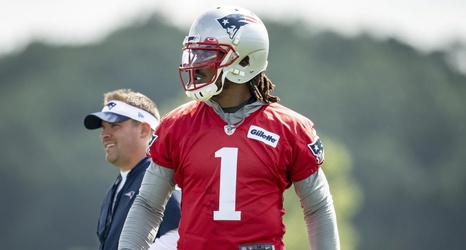 It was finally time for some real football as after several spring sessions and five training camp practices the New England Patriots finally put on full pads. The intensity and physicality was definitely ramped up a notch as the Patriots are just nine days out before their first preseason game of the summer versus the Washington Football Team.

Clete Blakeman and his crew of officials were present at practice to referee the 7-on-7 and 11-on-11 periods of the session. The Patriots also mixed in some 1-on-1 drills with Newton as the primary passer. Both N’Keal Harry and Nelson Agholor shined; the two wide receivers both made impressive catches down the field with tough coverage.