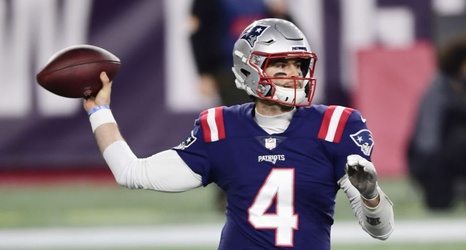 FOXBOROUGH, MASSACHUSETTS - DECEMBER 28: Jarrett Stidham #4 of the New England Patriots throws a pass during the second half against the Buffalo Bills at Gillette Stadium on December 28, 2020 in Foxborough, Massachusetts. (Photo by Billie Weiss/Getty Images)

The New England Patriots still haven’t named their starting quarterback for 2021, though that figures to change in a matter of weeks once training camp is over.

It’s been widely reported that Cam Newton and No. 15 overall pick Mac Jones will go head-to-head for the starting job at camp and, while Newton’s veteran status would suggest he has the edge in the competition, Jones is going to give him everything he can handle.