Patriots: The one glaring roster need we’re not talking about enough 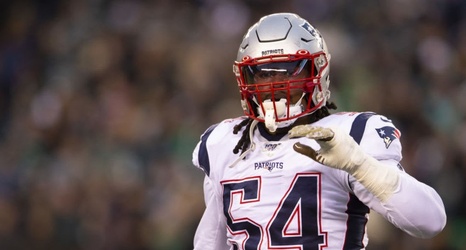 PHILADELPHIA, PA - NOVEMBER 17: Dont'a Hightower #54 of the New England Patriots looks on against the Philadelphia Eagles at Lincoln Financial Field on November 17, 2019 in Philadelphia, Pennsylvania. (Photo by Mitchell Leff/Getty Images)

The New England Patriots’ free agent spending spree was unprecedented compared to their typical conservative approach, but it was thoroughly necessarily given the state of the roster and where they finished in the standings last season.

When you couple that splurge with the returns of several key 2020 opt outs, the Patriots have upgraded on both the offensive and defensive line, in the secondary (albeit in modest fashion), as well as at the wide receiver and tight end positions, which were huge areas of need.