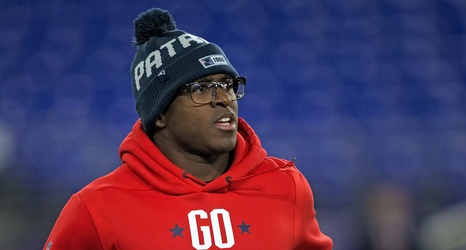 In November, the NFL announced the 32 players nominated by their respective teams for this year’s Art Rooney Sportsmanship Award. For the third year in a row, the New England Patriots decided to go with one of their most respected players: Matthew Slater. Slater is of course no stranger to being honored for his demeanor and action on and off the field considering that he is a nine-time captain and recipient of the prestigious Bart Starr Award.

In a follow-up step, a panel of former players determined eight finalists out of those nominated by each organization — and for the first time in the last three years, as was announced by the league yesterday, Slater has made it to the next round:

Later this month, each team’s players will then vote as a single entity to determine one of the eight finalists to receive the award, with clubs unable to vote for their own candidates.