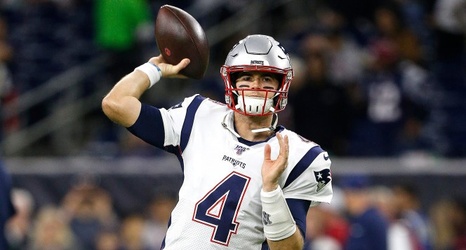 The New England Patriots now occupy the No. 1 spot the AFC standings. For the time being, at least.

The Baltimore Ravens’ 20-19 loss to the Pittsburgh Steelers on Sunday vaulted the Patriots into first place in the AFC for the first since 2019.

The loss dropped the Ravens to 8-4 on the season.