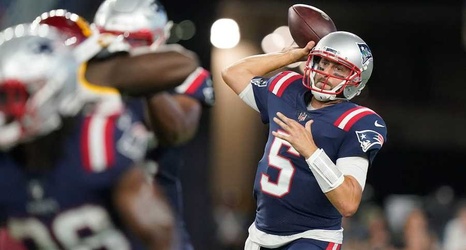 The New England Patriots officially now have two quarterbacks on their active roster.

The team announced Saturday that it signed veteran Brian Hoyer from its practice squad to the 53-man roster ahead of Sunday's road game against the New York Jets.

ESPN's Adam Schefter reported earlier in the day that the Patriots signed Hoyer to a one-year contract.

Hoyer, who is in his 13th NFL season, will back up rookie Mac Jones at quarterback. Jones started in the season opener against the Miami Dolphins at Gillette Stadium, and was the only quarterback signed to New England's 53-man roster for Week 1.