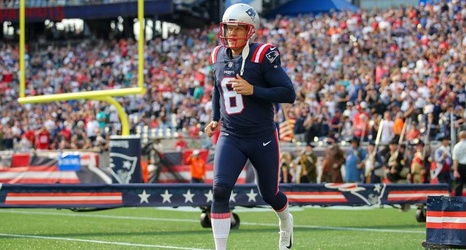 Folk set the Patriots record for consecutive field goals made, a streak that is still active at 33, after finishing a perfect 4 for 4 in Sunday's 25-6 win over the New York Jets. He connected on attempts from 46, 49, 32 and 36 yards away at MetLife Stadium.

The 36-year-old was among New England's final cuts on Aug. 31 while undrafted rookie Quinn Nordin made the 53-man roster. However, Folk was signed to the team's practice squad the following day and was elevated for the team's season opener against the Miami Dolphins while Nordin was inactive for that game.