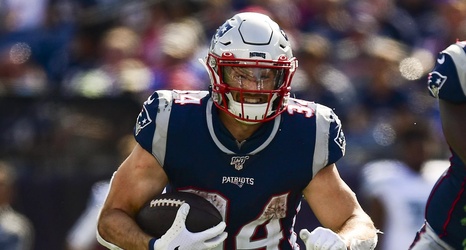 When the New England Patriots released their final injury report of the week on Wednesday, one player was already declared out for the Thursday night game against the New York Giants — wide receiver Phillip Dorsett — while six others were listed as questionable. Among that group was running back Rex Burkhead, who is dealing with a foot injury and already missed Sunday’s game in Washington because of it.

It now looks like his absence against the Redskins will not be the only game Burkhead misses because of the issue: according to a report by ESPN’s Adam Schefter, the 29-year-old will join Dorsett among the seven game-day inactives when the Patriots officially release the full list 90 minutes before kickoff.