Patriots reportedly inquired about tight end O.J. Howard; Buccaneers were not open for a trade 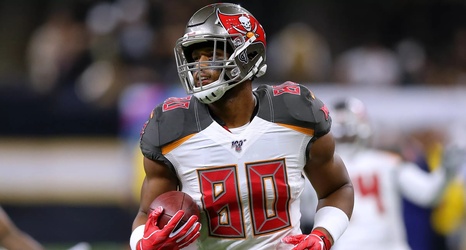 Between 2010 and 2018, the tight end position was vital to the New England Patriots’ offensive success. The offseason retirement of future Hall of Famer Rob Gronkowski, however, changed the position and its usage within the offense drastically as a look at the stat sheet shows: of the 223 passes attempted by the Patriots’ quarterbacks over the first six games of the season, only 15 were thrown in the direction of tight ends.

While the wide receivers and running backs have stepped up to fill the void created by Gronkowski’s departure, the passing game production of Ryan Izzo and Matt LaCosse played only a marginal role in New England’s aerial attack.