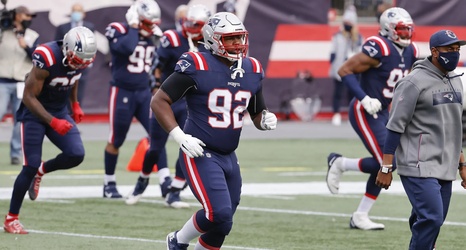 Defensive lineman Nick Thurman visited the organization, as shared from the NFL personnel notice by Pro Football Focus’ Doug Kyed, while wide receiver Austin Watkins was in for a workout.

Thurman, 26, reverted to New England’s injured reserve before reaching an injury settlement in September. The 6-foot-4, 305-pound University of Houston product originally entered the league with the Houston Texans as an undrafted free agent in 2018. Thurman later agreed to terms with the Patriots the following spring after a stint with Tampa Bay Buccaneers.