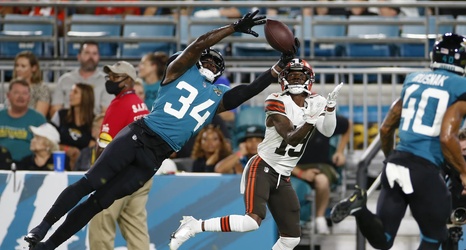 Houston, 25, signed with the Cleveland Browns as an undrafted free agent in 2020. The 5-foot-11, 200-pound Baylor product made subsequent stops with the Carolina Panthers and Philadelphia Eagles during his rookie year, playing 22 snaps on defense and 22 snaps on special teams through three games.

In May, Houston was traded to the Jacksonville Jaguars along with a 2023 sixth-round selection in exchange for fellow cornerback Josiah Scott.