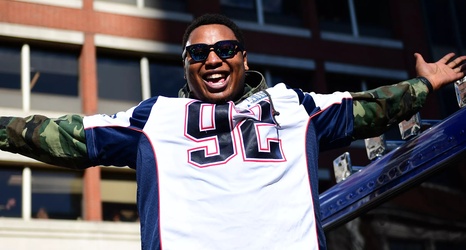 On Wednesday, the New England Patriots brought Jamie Collins back into the fold: after spending the last two and a half seasons with the Cleveland Browns, the reigning world champions re-signed the 29-year-old to add depth to its linebacker corps. The move was not made official yet, however, and will likely to hit the NFL’s transaction wire today. And when it does, a corresponding roster move will have to be made.

According to a report by ESPN’s Field Yates, this move will look as follows: the Patriots will release backup defensive tackle Frank Herron to make room on the 90-man roster for Collins.