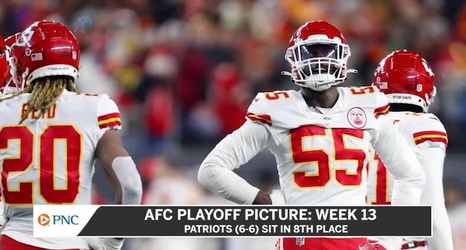 The Patriots returned to the practice field Thursday afternoon, and four key offensive players remained sidelined. Wide receiver Jakobi Meyers, running back Damien Harris and offensive tackles Trent Brown and Isaiah Wynn all were not spotted during the portion of practice reporters were permitted to watch.

Meyers, the Patriots’ No. 1 receiver, took an illegal hit to the head late in last Thursday’s loss to the Buffalo Bills and hasn’t practiced since. Harris (thigh) and Wynn (foot) both missed that game with injuries.