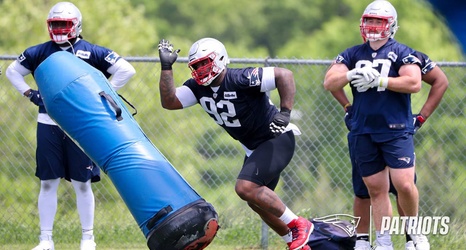 Few positions will look as different as the defensive line does in 2021. Lawrence Guy and Deatrich Wise were key contributors last season and both return on new long-term free agent deals, but after them there are mostly new pieces, including a wide array of experienced NFL veterans with a sprinkling of youth.

Davon Godchaux and Henry Anderson are two tough, experienced defensive lineman who should immediately provide a boost to a run defense that had their struggles in 2020. Carl Davis and Akeem Spence saw limited action with the Patriots last season but both are back to compete and add important veteran depth, along with free agent signing Montravius Adams, who is in the nose tackle mold like Godchaux and Davis and saw plenty of reps in minicamp.