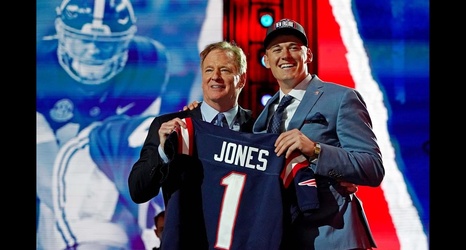 The Patriots had a pair of first-round picks in 2018 and it looks like they’ve made different decisions about what to do with their fifth-year options on both contracts.

According to multiple reports, they have exercised their option on left tackle Isaiah Wynn‘s deal for the 2022 season. The 23rd overall pick of the 2018 draft now has a guaranteed salary of $10.413 million.

Wynn has started every game he’s played over the last two seasons, but he’s only played 18 of them due to injuries. He missed his rookie season with a torn Achilles.