Patriots: One surprising player who could lose roster spot in 2021 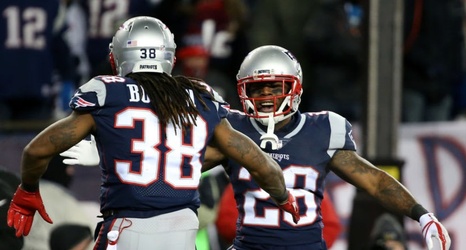 FOXBOROUGH, MA - JANUARY 13: Brandon Bolden #38 of the New England Patriots reacts with James White #28 after scoring a touchdown in the third quarter of the AFC Divisional Playoff game against the Tennessee Titans at Gillette Stadium on January 13, 2018 in Foxborough, Massachusetts. (Photo by Adam Glanzman/Getty Images)

The New England Patriots retooled their roster this offseason thanks to a free agent spending spree that sent shockwaves around the NFL and a showing in the draft that left fans feeling confident for the first time in years.

Unfortunately for fans, there’s actually a downside to flaunting a roster that, at least on paper, seems poised to compete with upper echelon teams again.