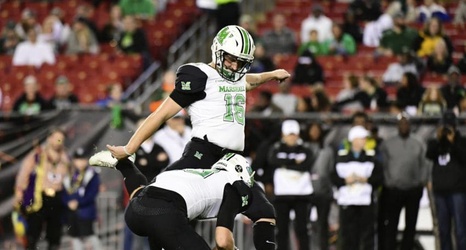 The Patriots are cutting controversial fifth-rounder Justin Rohrwasser, but hope to keep him on the practice squad. They should not do that.

Some Patriots draft picks outplay their point of selection, while others (mostly wide receivers) generally fade into obscurity.

So imagine our astonishment when this year’s fifth-rounder — a kicker, of all things — created a mid-April thud and controversy whirlwind immediately after being selected.

It appears that controversial Patriots kicker Justin Rohrwasser probably will not get the chance to be the heir apparent to Steven Gostkowski in 2020, however.