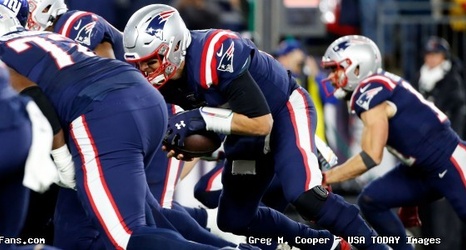 The Patriots dropped their second game in a row getting stopped on a 4th down pass in the end zone as they fell to the Kansas City Chiefs 23-16 in a very exciting if at times aggravating game.

And while fans will point to the truly awful officiating (and it was), the reason they were behind the eight-ball didn’t have to do with the officiating, but we’ll get to Jerome Boger’s crew in due time.

The Patriots had to overcome a bad second quarter where the Chiefs went into halftime scoring 20 unanswered points and then found themselves down 23-7 and in a position where they could have easily been blown out.