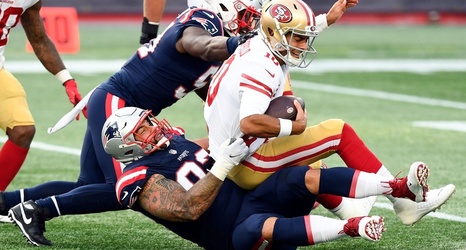 While the New England Patriots were dealt an embarrassing loss to the San Francisco 49ers on Sunday, the team seems to have benefitted from some positive news on the injury front.

First, there was an update on offensive guard Joe Thuney. Thuney, who left the game in the third quarter, was diagnosed with a mild low ankle sprain shortly after the game’s conclusion.

Patriots defensive lineman Lawrence Guy fits much of the same bill after his own injury in the second quarter. While Guy didn’t leave the game due to injury like receiver N’Keal Harry, offensive tackle Justin Herron (ankle) or Thuney, he remained down on the field after a Deebo Samuel rush for three yards midway through the second quarter.