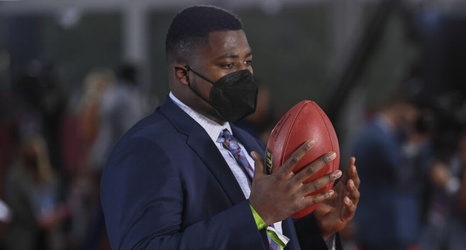 The New England Patriots have had the benefit of some tremendous drafts over the years during their dynastic run, but Bill Belichick’s magic touch seemed to have run dry over the last few years.

But selections like Christian Barmore in the second round this year have helped Bill show that he hasn’t lost his shine.

While Alabama quarterback Mac Jones (who was taken in the first round) will probably be the most impactful player, Barmore might be one of the biggest steals of the draft, as the former Crimson Tide product was regarded by plenty as the best defensive tackle in the entire class.