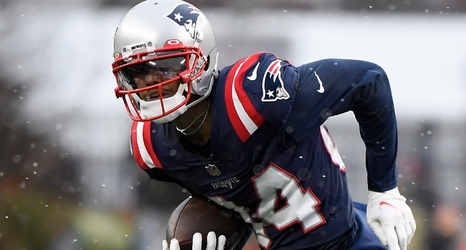 “With it being a rumor, you know, ‘It’s hard in New England, nobody wants to go there’ — that’s what I accepted.”

Like any player who chooses to join the Patriots, Kendrick Bourne last spring did so knowing the difficulties that lied ahead. Playing for Bill Belichick might be the hardest job in the NFL, and not every player is cut out for it. Even those who are cut out for it (Darelle Revis) sometimes flat-out hate life in New England.

And then there are players like Bourne, who fully embrace the rigors of Foxboro and use them to take their games to higher levels.