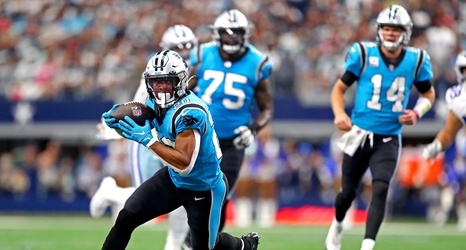 Former Carolina Panthers running back Rodney Smith would be among three free agents in for workouts with the New England Patriots on Tuesday, as shared by Pro Football Focus’ Doug Kyed and SportsTalk 790’s Aaron Wilson.

Smith, 25, rushed for 29 touchdowns and amassed 5,441 all-purpose yards to set a program record at the University of Minnesota. The sixth-year Golden Gophers senior went undrafted in 2020 and spent his rookie season between Carolina’s practice squad and active roster. He was released from the scout team this October.

Through nine NFL games, Smith has totaled 156 rushing yards and a touchdown over 41 carries.