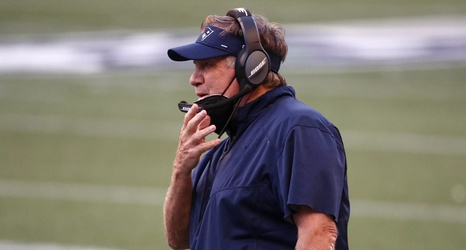 The Las Vegas Raiders are heading into their Week 3 matchup against the New England Patriots a perfect 2-0, but their defensive numbers may not necessarily reflect the team’s spotless record. Jon Gruden’s squad ranks just 20th in the league in points allowed per game (27.0), 30th in defensive DVOA (+18.8%) and quarterback pressure rate (13%), and is the worst in all of football when it comes to defensive third down success rate (41.7%).

For Patriots head coach Bill Belichick, as is so often the case, numbers do not seem to matter.

“Statistically and all that.