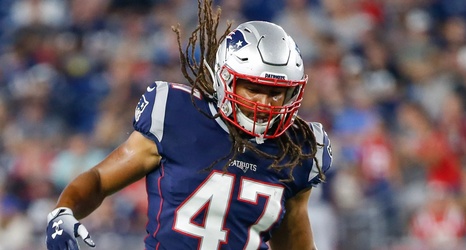 The New England Patriots’ victory against the visiting New York Giants on Thursday night can be describe as pyrrhic: while the club improved to 6-0 after defeating their opponent with a final score of 35-14, multiple of the Patriots’ players had to exit the contest because of injury. Among those to leave the game was fullback Jakob Johnson, who hurt his shoulder and was unable to finish the contest.

Now it looks like there is a chance he will not be able to finish the season: as first reported by the Boston Globe’s Jim McBride, New England is expected to place Johnson on injured reserve later today.