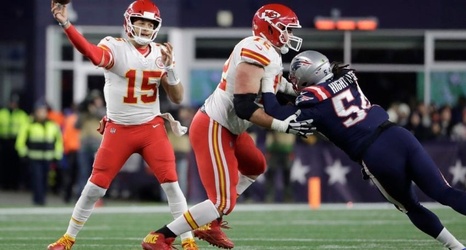 The Chiefs survived a series of mistakes and questionable calls by the officials to hold off the New England Patriots 23-16 on Sunday.

Combined with Oakland’s loss to Tennessee, the Chiefs (9-4) took their division. And the loss ended the Patriots’ 21-game home win streak in the regular season and playoffs, which was tied for the longest in team history. It also was the third-longest string in NFL history.