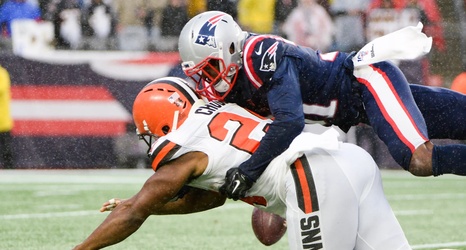 It did not take long for the New England Patriots’ defense to make its presence felt during the team’s Week 8 game against the Cleveland Browns. After forcing a three-and-out on its first series, the unit scored the contest’s first touchdown on the very next drive when linebacker Dont’a Hightower recovered a fumble and returned it 26 yards for a touchdown. It was a sign of things to come, as the Patriots were far from done taking the ball away.

On the very next play from scrimmage, Browns running back Nick Chubb broke free for a 44-yard gain on the ground.