Patriots defensive tackle Carl Davis has earned himself an extra $25,000 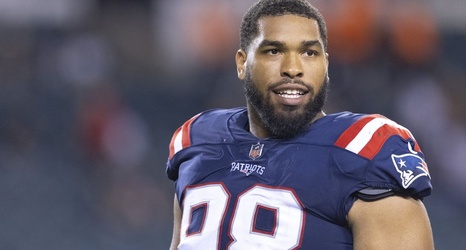 The New England Patriots made some massive investments along their defensive front seven during the offseason. One move that flew under the radar, though, was re-signing interior lineman Carl Davis to a one-year, $1.08 million contract.

Davis has played some solid football for the Patriots so far this year, appearing in all 14 games thus far as a big-bodied nose tackle. In total, he has been on the field for 236 of a possible 885 defensive snaps so far. In fact, his playing time share of 26.7 percent has already allowed him to cash in on a contract incentive that was considered unlikely to be earned (NLTBE) ahead of the season: