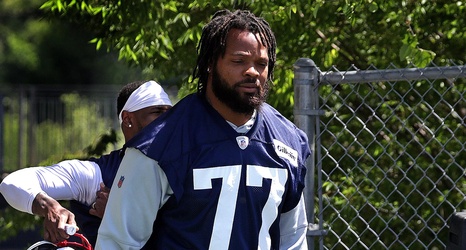 The first three practices of the New England Patriots’ training camp all took place without Michael Bennett on the field: the veteran, who was acquired via trade in March from the Philadelphia Eagles to add depth to the team’s defensive edge position, was excused by the team for personal reasons — a previous report was confirmed by New England’s director of players personnel, Nick Caserio, ahead of Saturday’s practice session.

“Michael was excused for personal reasons. Michael’s been great to work with, so we’ll leave it at that. I really don’t want to get into it any further,” said Caserio yesterday.