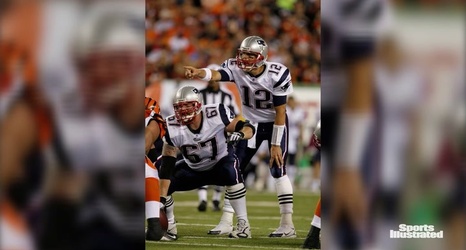 For more than two decades, the New England Patriots have prioritized consistency, and even excellence, along both the offensive and defensive lines. The team’s six Super Bowl championships during head coach Bill Belichick’s tenure are sufficient evidence of the team’s prioritization of stout performance by their linemen.

Despite losing arguably their best offensive lineman via free agency, the Pats 2021 offensive line projects to be one of the best in the NFL this season.

Sophomore sensation Michael Onwenu is a primary reason for that.

Onwenu was selected by the Patriots in the sixth round of the 2020 NFL draft.