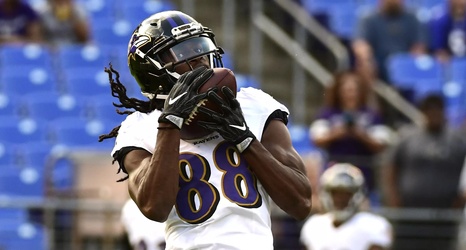 After six weeks of regular season play, the New England Patriots find themselves undermanned at the wide receiver position after suffering a pair of injuries: Phillip Dorsett hurt his hamstring in Week 5 against the Washington Redskins; Josh Gordon suffered a knee injury on Thursday night versus the New York Giants. While neither injury is expected to be a long-term concern at this point in time, they did impact the team.

Against the Giants, for example, the Patriots’ three-receiver sets included reigning Super Bowl MVP Julian Edelman alongside a pair of undrafted rookies: Jakobi Meyers and Gunner Olszewski, who has seen most of his action at punt returner.