Patriots are on a ‘wait-and-see program’ with running backs Damien Harris, Rhamondre Stevenson 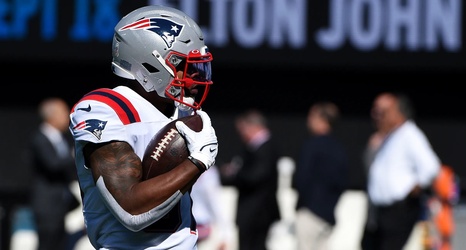 The Cleveland Browns, who were forced to send multiple members of their running back room to the Covid-19 reserve list earlier this week, are not the only team heading into Week 10 with questions at the position. The New England Patriots, Cleveland’s opponent, find themselves in a similar situation albeit for different reasons.

New England lost its top-two running backs — Damien Harris and Rhamondre Stevenson — to injury during last Sunday’s win over the Carolina Panthers. Both exited the game in the fourth quarter after sustaining head injuries on the same drive: Stevenson was slow to get up after an 11-yard carry; Harris remained on the ground after a hard collision just six plays later.