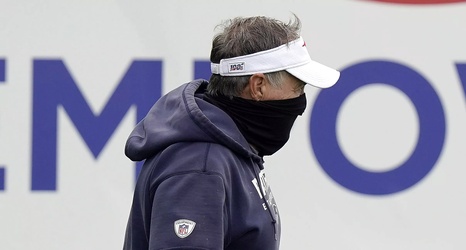 Training camp schedules across the NFL were at least partially interrupted on Sunday after a New Jersey lab returned a series of false-positive Coronavirus test results. A total of 77 tests were effected by the error, according to the Washington Post’s Mark Maske, with 11 teams impacted.

One of those teams, as first reported by Jeff Howe of The Athletic, are the New England Patriots. The Patriots, who had an off-day on Saturday before returning to practice one day later, saw a recent spike in player absences following the false-positive tests.