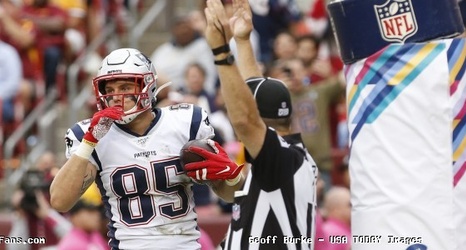 Ch-ch-changes, There’s gonna have to be a different man

The Patriots are looking to make some needed additions at tight end this week as they prepare for the Jets on Monday Night Football next week. NFL.com’s Ian Rapoport has reported that the Patriots are signing former Jets and Giants tight end Eric Tomlinson to the 53-man roster.

Yesterday, Field Yates of ESPN reported that the team was bringing back veteran Ben Watson. Watson was signed this spring but was suspended through the first four games by the league. The team then balked at adding him to the roster, releasing him.