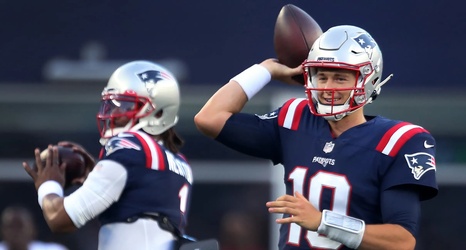 After a busy and chaotic Tuesday, the New England Patriots have officially trimmed their roster down to the league-mandated 53 players. In classic Patriots fashion, the team stole the headlines by releasing quarterback Cam Newton and handing the keys over to rookie Mac Jones. They also made a decision on where All-Pro cornerback Stephon Gilmore will start the season.

With hundreds of players passing through waivers and trades to still work out, the Patriots’ current 53-man squad most likely will change before the team takes on the Miami Dolphins in Week 1. Every player that has been waived in the past several days will clear waivers Wednesday at noon.