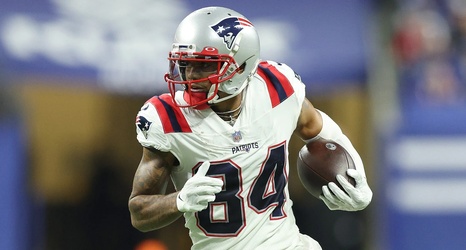 The New England Patriots’ offense had an inconsistent 2021 season under first-year starting quarterback Mac Jones, but there were plenty of encouraging moments as well. Jones, after all, was not the only new addition to leave his mark on the unit and help it bounce back after what was a disappointing 2020 campaign.

Wide receiver Kendrick Bourne and running back Rhamondre Stevenson also deserve praise for their contributions. In fact, the two were among the most explosive players in all of football last year: both Bourne and Stevenson rank near the top of the list in big plays created at their respective position groups for the 2021 season.