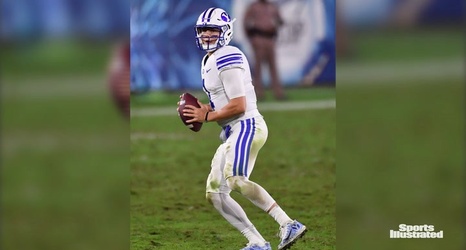 By far the biggest question when it comes to the New England Patriots and the 2021 NFL draft is whether the team will come out of the first round with a quarterback.

Based on a survey of 20 national mock drafts since the top of the first round was shaken up by the Miami Dolphins trades with the San Francisco 49ers and then the Philadelphia Eagles, it seems we have a split decision with a slight edge to a "yes" answer.

Out of those 20 mocks, ranging from ESPN.com to NFL.com with multiple prominent daily newspapers in between, 11 had the Patriots landing a quarterback in the first round.