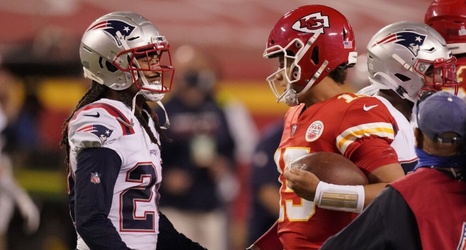 When it was reported that Patriots cornerback Stephon Gilmore tested positive for COVID-19 on Wednesday, many wondered if he may have infected anyone else.

After the news was reported, an image made the rounds on social media of Chiefs quarterback Patrick Mahomes having a close conversation with Gilmore after Monday’s game.

Mahomes told reporters Wednesday he had a “little bit of a mental lapse” by talking to Gilmore.

“I was just trying to show respect to a great football player who I hope is getting better very quickly,” Mahomes said of his conversation with the reigning Defensive Player of the Year.