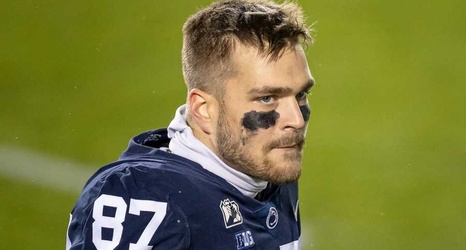 A Massachusetts native who grew up a fan of the New England Patriots has been drafted by one of his favorite team's longtime rivals.

Pat Freiermuth, who grew up in Merrimac, was selected with the 55th overall pick in the second round by the Pittsburgh Steelers.

Freiermuth is a 6-foot-5, 251-pound tight end who was a two-time team captain at Penn State University. In 30 career games across three seasons, including 26 starts, he caught 92 passes for 1,185 yards and 16 touchdowns -- which is the school record for career touchdown receptions by a tight end.