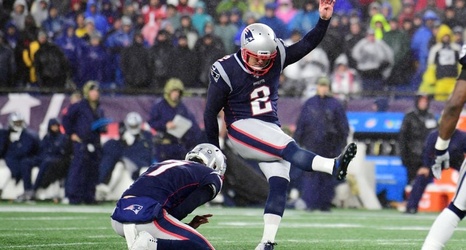 It appears the Patriots will be short one kicker on Sunday.

Nick Folk had to undergo an appendectomy on Thursday, according to CLNS Media, and will most likely miss the Week 13 game at Houston.

The NFL Network is reporting that the procedure was “minimally invasive’’ and that it’s likely Folk won’t have to miss much time, but that doesn’t do much for the Patriots this weekend: They’ll need to add a kicker to the roster sometime in the next few days.

BREAKING: More kicking issues for #Patriots as league source confirms Nick Folk had appendectomy early Thursday and will almost certainly be OUT for Sunday in Houston.