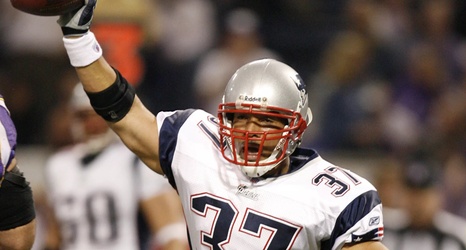 Today, the New England Patriots’ Hall of Fame will welcome its two newest members. One is the late Leon Gray, who played offensive tackle for the team in the 70s and was part of some of the best lines in NFL history. He will join the Hall as a senior member. The modern-era inductee, meanwhile, is two-time Super Bowl winning safety Rodney Harrison. Both men will be honored at a ceremony later today.

With the event on the horizon, Patriots director of player personnel Nick Caserio used the opening remarks of his press conference on Saturday to speak about Harrison — “not to shortchange Leon Gray, but Leon was playing before I was even born” — and explain what he meant both to the organization as a whole and himself personally.