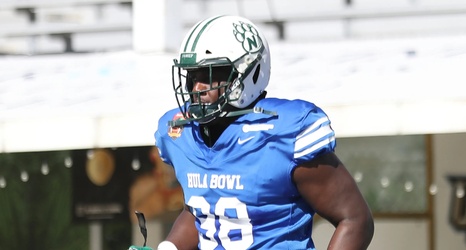 Their defensive line was not seen as a major need for the New England Patriots heading into the NFL Draft, but the team making an investment up front would still not have come as a surprise. Indeed, they used one of their selections to add to the group: with the 200th overall selection in the sixth round, the Patriots picked Sam Roberts out of Northwest Missouri State.

While not a roster lock based on his draft status, the 24-year-old will still get a chance to carve out a role on the team. So, let’s get to meet him a bit better.