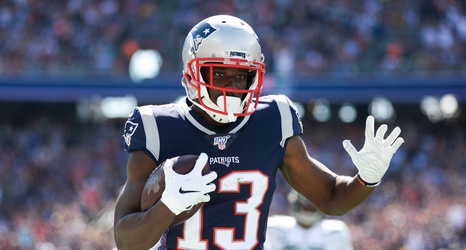 There are a number of familiar faces appearing on the New England Patriots‘ official injury report this week, as given by the team’s official website. Of the seven players who showed up there, only two are completely new inclusions.

Linebacker Shilique Calhoun was a limited participant at practice on Wednesday because of an ankle injury. His status is indicated as “questionable” for Thursday’s primetime contest against the New York Giants, and while he’s been an effective piece of the Patriots defense when called upon, he’s also far from needed if rest and recovery are better options for him at this juncture.