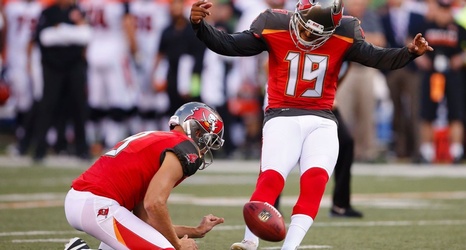 FOXBOROUGH, Mass. -- Kicker Roberto Aguayo, who has been out of the NFL for almost three full seasons after entering the league as a second-round draft choice of the Tampa Bay Buccaneers in 2016, is attempting to revive his career on the New England Patriots' practice squad.

The Patriots announced on Saturday that they've signed Aguayo.

Aguayo's career took a dramatic turn after the Buccaneers selected him with the 59th overall pick in 2016. He was highly touted coming out of Florida State, having made all 198 of his point-after attempts and 69 of 78 field goal attempts.