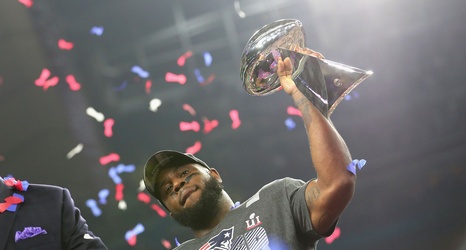 It’s crazy to think that James White is already in his sixth season in the NFL with the New England Patriots, but he is. Drafted in the fourth round out of Wisconsin, White could very well be the best running back of the 2014 draft class.

At 5-foot-10 and 205 pounds, White is considered an undersized player. While at Wisconsin, he rushed for over 4,000 yards and totaled 45 rushing touchdowns… but still, guys like Bishop Sankey, Jeremy Hill, Carlos Hyde, and Devonta Freeman were all selected well before White.