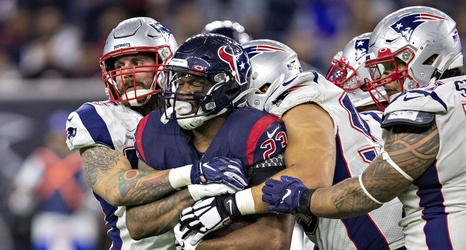 There’s no need to mince words – the New England Patriots put up a real stinker in primetime television during Week 13.

Bill Belichick and his squad had never lost to Bill O’Brien’s Texans heading into Sunday night, with the Patriots winning all five of their previous head-to-head matchups. Thanks to Houston’s 28-22 victory, O’Brien finally got the opportunity to one-up his old boss; for that matter, so did Texans assistant head coach and defensive coordinator Romeo Crennel.

As Belichick himself noted after the game, the Patriots pretty much got outcoached and outplayed in every single aspect of the football game.