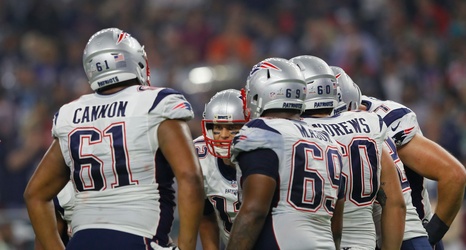 The 2018 season brought the New England Patriots their sixth Lombardi Trophy in franchise history. That accomplishment was certainly a combination of many factors throughout the year – some more significant at certain junctures than others, obviously – because as the old saying goes, “it takes a village.” Especially when it comes to being successful in the NFL.

One of the less-heralded factors in the Patriots’ championship run was one of its most consistent though: the exceptional play of the offensive line.

From September to February, the unit proved to be one of the most complete in the league, regularly blasting wide-open pathways forward for halfbacks while run-blocking, and stone-walling opposing edge rushers and nose tackles while protecting Tom Brady in the passing game.