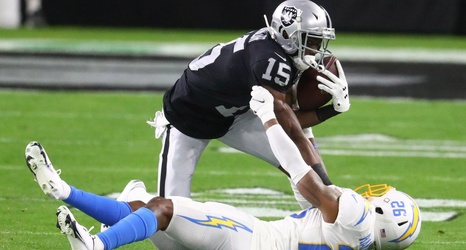 Nelson Agholor is stepping into a fairly uncertain situation with the New England Patriots, who re-signed their 2020 starting quarterback Cam Newton to a one-year deal before free agency opened. It’s hardly certain he’ll be the starter, with quarterback Jarrett Stidham set to compete for the job and New England still seemingly searching for more options at the position, whether through the trade market or in the draft.

But Agholor, who signed a two-year, $22 million deal with New England this offseason, seemed excited to get to play with Newton in 2021.

“Cam Newton is a great quarterback,” Agholor told reporters during an introductory press conference in March.