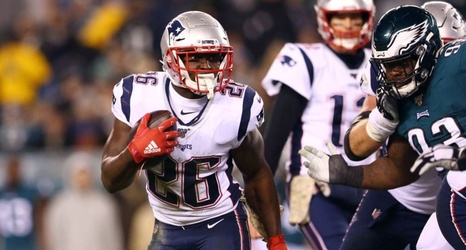 The Bruins were supposed to play Game 1 of a first round playoff series against the Hurricanes on Tuesday night at 8 p.m., but it was delayed by the Blue Jackets and Lightning going into a fifth overtime before Tampa emerged with a 3-2 victory.

As a result, Boston’s playoffs will start at 11 a.m. today.

Elsewhere, the Celtics defeated the Grizzlies 122-107 behind an efficient offensive performance. And the Red Sox were thoroughly beaten by the Rays, 8-2.

Sony Michel’s status for the start of the 2020 season: Patriots running back Sony Michel could, in theory, play a prominent role in the 2020 season as New England’s offense adapts to the departure of Tom Brady.