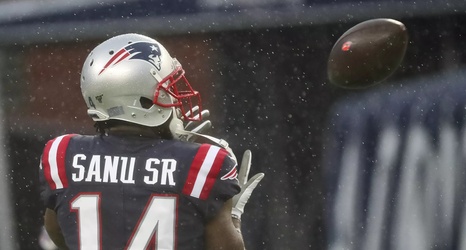 The New England Patriots have tried numerous people at the wide receiver position this year — from Maurice Harris to Josh Gordon to Demaryius Thomas to Antonio Brown — but ultimately did not find what they were looking for to complement Julian Edelman and Phillip Dorsett. The latest player to come in and try to carve out a role in one of the toughest offenses in the NFL is Mohamed Sanu, who played his first game for the team on Sunday.

Sanu, of course, was acquired via trade last week when the Patriots sent a second-round selection in next year’s draft to the Atlanta Falcons in exchange for his services.