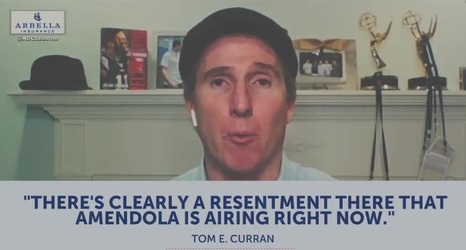 As our Tom E. Curran reported Sunday, Matthew Stafford had no interest in being traded to the New England Patriots.

Why might that be, you ask? There are a number of reasons -- one of which Stafford's former teammate may have touched on Monday.

Offensive lineman T.J. Lang played for Detroit in 2017 and 2018 and was Stafford's Lions teammate for the final year of Jim Caldwell's tenure and the first of head coach Matt Patricia's regime.

According to Lang, that coaching change and a full season under Patricia took a toll on the veteran quarterback.